The ball is in excellent condition, it fully inflates and holds the air. A superb addition to any Swansea City memorabilia collection. 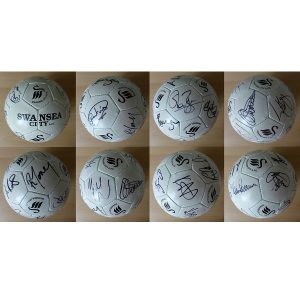