Official Premier League Champions Edition Matchday Programme for Leicester City v Everton on 7th May, 2016, the famous match when Leicester were presented with the Premier League trophy at the end of the 2015-16 title winning campaign.

A wonderful piece of memorabilia for any Leicester City fan. Squad signed memorabilia from Leicester’s title winning season is very hard to come by. This rare programme will only ever increase in value. COA included. 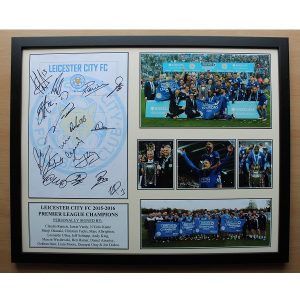 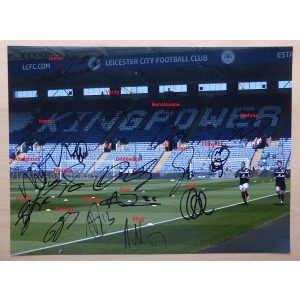 Superb quality 16×12″ glossy photograph of the King Power Stadium, hand signed in per… 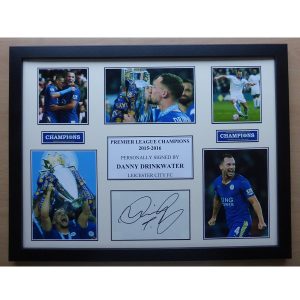 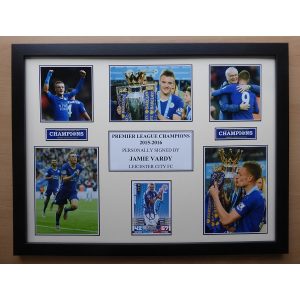