The shirt was signed within Chelsea Football Club on 19th April, 2012. It comes with a COA issued by Footy Autographs and a complete signature map so that every autograph can be easily identified. Excellent condition.

A wonderful shirt for the specialist Chelsea memorabilia collector. 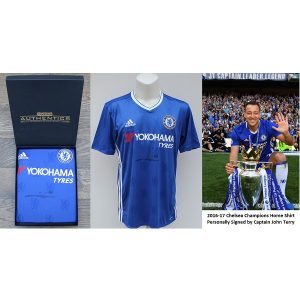