The shirt features felt name and number set to reverse for Gareth Barry and Barclays Premier League patches to both sleeves. Based on the height of the Number 18 (25cm) and the positioning of the ‘BARRY’ lettering on the reverse being rather wonky we strongly suspect the shirt to be a match shirt.

COA and complete signature map included. Very good condition with the odd expected minor mark from being handled and signed by so many players. 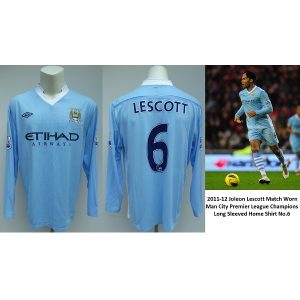 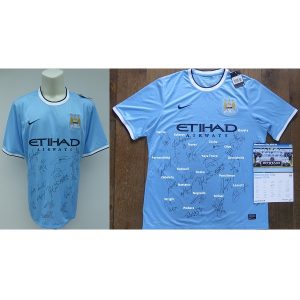