Official Arsenal crested size 5 football hand signed in permanent black marker by the 2001-02 Arsenal 1st team squad that completed the Premier League and FA Cup double in one of the most successful seasons in the history of the club.

The football is in excellent condition. It fully inflates as photographed and holds the air. The autographs are bold and crisp with the football being stored carefully for the past 20 years. It comes with COA issued by Footy Autographs and a complete signature map so that every autograph can be easily identified. 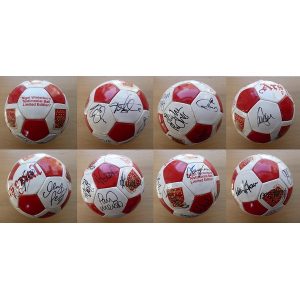 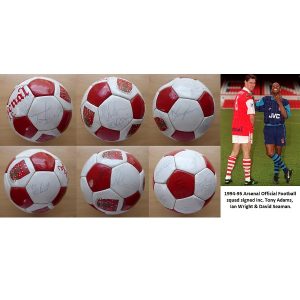