The football is in very good condition with wonderful bold autographs with the football having been kept out of sunlight since being signed. The football fully inflates and also holds the air.

A unique piece of memorabilia for the specialist Arsenal collector. COA included. 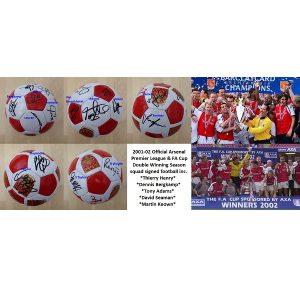